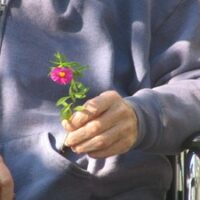 A Georgia appeals court recently ruled that a trial court could not dismiss an appeal brought by four children for failing to pay court costs. Where two of the children filed affidavits of indigence stating they could not afford the cost of the appeal, the appellate court ruled, the trial court erred in dismissing the appeal as to all four children. The children who filed the affidavits retained rights to appeal from the judgment dismissing their proportionate shares of the wrongful death action.

Here are the facts of the case. Vera L. Travis was the mother of four children: Gladys Mapp, Helen Woods, Vera Clark, and Marie Haynes. Travis used a wheelchair and was transported in a medical transportation van run by We Care Transportation Services and driven by We Care employee Alvis Haadee. On March 6, 2007, Travis was riding in the van, when she fell out of her wheelchair, sustaining injuries. She died five months later.

Travis’ four surviving children brought a wrongful death action alleging that We Care and Haadee negligently injured Travis, causing her death. They sought recovery for the full value of Travis’ life. The trial court granted summary judgment to We Care and Haadee. The children appealed the decision to the appellate court.

Part of the expense of bringing an appeal is the cost of preparing the appellate record to be used by the appellate court. The trial court divided these costs between the four children and the defendants. Two of the children, Mapp and Woods, filed affidavits of indigence stating they could not pay the costs for the appeal. The trial court found that the other two children, Clark and Haynes, had failed to file affidavits and were not relieved from paying costs. The trial court then dismissed the appeal as to all four children. The children claimed the court erred in dismissing the appeal because Mapp and Woods had filed affidavits of indigence.

OCGA §5-6-48 allows the court to dismiss an appeal where there has been an “unreasonable delay” in transmission of the appellate record caused by a party’s failure to either pay costs or file an affidavit of indigence. Here, neither Clark nor Haynes filed an affidavit of indigence or explained why they failed to pay. The trial court thus had discretion to dismiss the appeal as to these two children.

But under OCGA §9-15-2, parties who subscribe an affidavit of indigence stating they are unable to pay the costs are relieved from this requirement and their rights “shall be the same” as if they had paid the costs. Because Mapp and Woods filed affidavits of indigence, they retained the right to appeal from the judgment dismissing their proportionate shares of the wrongful death action.

Each of the children had a separate cause of action for one-fourth of the full value of Travis’s life. Just because Clark and Haynes lost their rights to pursue the appeal did not mean that the appeal should have dismissed as to all four children. The case will be sent back to the trial court to determine the truth of Mapp and Woods’ affidavits of indigence.

If an immediate family member died from injuries cause by someone else’s negligence, the experienced Atlanta wrongful death lawyers at Stokes & Kopitsky can help you obtain the compensation you deserve. For over 20 years, we have successfully handled all types of wrongful death claims, recovering over $100 million in compensation for injured victims and families throughout Georgia. At Stokes & Kopitsky, we understand the devastating nature of your loss and are committed to helping you pursue your claim with dignity and respect. For a confidential consultation, call (800) 700-5050 or contact us online.