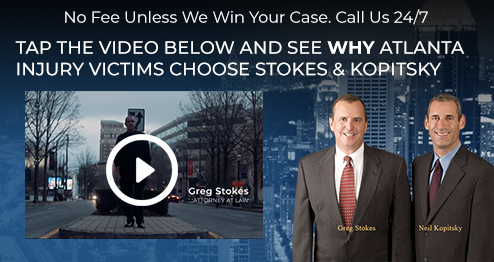 $3.3 Million Truck accident – failure to yield the right-of-way by a truck driver resulted in the wrongful death of a mother and serious injuries to her children.

$900,000 Pedestrian accident – client was struck by a pickup truck at a car dealership resulting in neck and back injuries with multiple surgeries.

$314,500 Broken ankle – client suffered a foot fracture with surgical repair as a result of a failure to yield car crash.

$1.75 Million Wrongful death – a negligently hired defendant who had a prior history of accidents caused an accident which resulted in a wrongful death.

$700,000 Forklift accident – a postal worker loading a tractor trailer truck was injured and suffered trauma to neck, back, and shoulder.

$675,000 Products liability – automobile defect caused the unexpected movement of a vehicle from park to reverse.

$850,000 Staircase fall – defective steps at an apartment causes the heel of a shoe to catch on the metal lip of step resulting in a fall with injuries including a fractured jaw and broken teeth.

$515,000 Rental car accident – serious injuries including a femur fracture as the result of a two-vehicle collision.

$180,000 Dog bite – an 11 year old suffered from post traumatic stress disorder as the result of a pit bull attack.

$1,056,000 Truck accident – aggressive driving by a tractor trailer driver resulted in a collision with car causing a serious low back injury with multiple surgeries.

*These are not the results everyone gets and there is no guarantee of results similar to those shared.

Fill out the form below to recieve a free and confidential consultation.