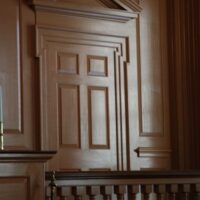 A Georgia appellate court recently ruled that the intentional punching of another person constitutes battery, not negligence. In this case, the trial court improperly instructed the jury on principles of negligence, resulting in a judgment for the defendant. Because the trial court gave the wrong instructions, the judgment must be reversed and the case sent back to the court for a new trial.

Robert Duffield sued George Chui and Matthew Methvin after Chui punched Duffield in the jaw. Duffield suffered serious injuries. The case was tried in Fulton County, where the jury was given instructions from the judge on principles of negligence. The jury found in favor of Chui and Methvin. Duffield appealed the judgment, arguing the trial court erred in charging the jury on negligence. Duffield contended that the court should have instructed the jury on the elements of battery.

General principles of negligence indicate that one party breaches a duty of care to another, proximately causing harm. At-fault defendants are liable for any injuries proximately caused by their negligence. Battery, on the other hand, describes an intentional harmful or offensive contact on the person of another. The contact must be intentional and “of an insulting” or “provoking” nature. The plaintiff must plead claims for intentional torts, including battery.

In this case, Duffield mentioned “duty” and “breach of duty,” implying negligence in the proposed pretrial order. But he asserted a distinct claim for battery in his complaint. Specifically, Duffield alleged that the case involved an “intentional tort.” Although he mentions that the defendants’ “negligence” and intentional malfeasance caused him serious personal injuries, Duffield asserted distinct claims for assault and battery.

Under the Georgia Civil Practice Act, the court must construe the pleadings “liberally and reasonably” to achieve substantial justice consistent with the statute. Here, Duffield sought past and future medical expenses, which are traditionally associated with claims of negligence. However, he also sought additional compensatory and punitive damages for “intentional, willful, and malicious torts.” Thus, Duffield properly alleged a claim of battery in his complaint.

Further, throughout the trial, Duffield repeatedly urged the court to charge the jury on the elements of battery, explaining that the case involved intentional, rather than negligent, conduct. Duffield reiterated that Chui’s act of punching him was an intentional tort, not an accident caused by negligence. Even Chui admitted he was not reckless, but punched Duffield “on purpose.” Chui explained the contact was intentional because he thought Duffield was going to hurt his friend, Methvin. As such, Duffield presented sufficient evidence of an alleged battery.

The trial court has a duty to correctly instruct the jury on a theory of liability that is properly pled, supported by sufficient evidence, and legally cognizable. Georgia recognizes battery as an intentional tort, which Duffield raised in both the pleadings and the evidence. Accordingly, the judgment based on the incorrect instruction had to be reversed and the case remanded for a new trial.

If you suffered an injury caused by someone else’s negligence, the experienced Atlanta personal injury attorneys at Stokes & Kopitsky can help. For over 20 years, we have helped victims recover compensation for injuries caused by negligence. Negligence includes a wide range of conduct, ranging from the intentional to the careless. We can help you identify all liable parties and ensure that the court properly instructs the jury on the proper theories of liability in your case. We have recovered over $100 million in verdicts and settlements for clients throughout Georgia. For a free consultation, call (800) 700-5050 or contact us online.