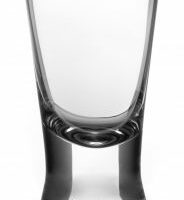 A 70-year-old man is being held in the Gwinnett County Jail without bond in connection with more than one dozen hit-and-run crashes he allegedly caused in a single night. Michael Owen Snider of Stone Mountain is accused of driving his pick-up truck while intoxicated for more than 15 miles on U.S. Highway 78 and striking 18 different vehicles in two Georgia counties. According to witnesses, Snider rammed his heavy duty truck into a number of automobiles and only stopped after striking a Snellville restaurant.

Once couple claims Snider hit their automobile from behind four times. He allegedly backed up repeatedly in order to continue striking the vehicle. Another crash victim stated Snider asked if he knew who he was and then told him “I do whatever I want.” Tragically, a 73-year-old woman was reportedly killed after Snider struck a Toyota from behind and forced the vehicle beneath a semi-trailer. The woman’s 51-year-old daughter was purportedly hospitalized with a traumatic head injury and broken bones.

Snider is accused of causing a total of eight traffic accidents in DeKalb County and 10 in Gwinnett County. The 70-year-old was reportedly taken to an area hospital for treatment prior to being arrested. Following his arrest, Snider was charged with vehicular homicide, drunken driving, reckless driving, serious injury using a motor vehicle, and following too closely. Law enforcement officers stated additional charges are expected to be filed against the man. Authorities also said Snider claims to have no recollection of the incident.

Although this case is definitely unique, all inebriated motorists place not only themselves but also everyone else on the roadways at risk each time they make the choice to drive. Unfortunately, thousands of people are killed by impaired motorists throughout the country each year. Despite that an impaired motorist may be held criminally responsible, he or she should also be held liable for any financial harm an unsuspecting victim suffered as a result of a DUI crash. If you were hurt or a close family member was tragically killed by an allegedly drunk driver, you may be entitled to compensation for your injuries or the wrongful death of your loved one. A skilled personal injury lawyer can discuss your right to recovery in more detail.

If you were injured or a relative was killed in a DUI crash that occurred in Georgia, do not hesitate to call the dedicated attorneys at Stokes & Kopitsky, P.A. toll free at (800) 700-5050. Our experienced Gwinnett County DUI accident lawyers have more than 30 years of experience helping crash victims throughout Georgia receive the financial compensation they deserve. At Stokes & Kopitsky, P.A., our hardworking car accident attorneys are ready and willing to help you file your personal injury or wrongful death case. To schedule a free confidential case evaluation with a capable advocate, please contact lawyers Greg Stokes and Neil Kopitsky through our website.

Police: Drunk driver responsible for at least 15 hit-and-runs, by Katie Brace and Will Frampton, cbsatlanta.com