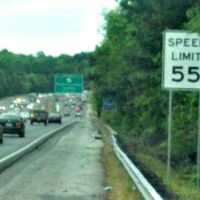 If you have lived in the Atlanta area for any length of time, you know that Atlanta drivers like to speed. If you get onto I-285 when the traffic is clear, very few people stick to the posted 55 MPH speed limit. In some areas, it’s so common to speed that going at the speed limit can confuse drivers and cause accidents.

Whether or not this will make driving safer or not remains to be seen, but one thing we can agree on is that faster speeds do cause more severe accidents. Getting into an accident on the interstate at full speed is extremely dangerous and has a high likelihood of injury and fatality.

If you have been involved in a car accident on the interstate, you will need expert legal advice no matter what the speed limit is. The lawyers of Stokes & Kopitsky are ready to help you with your injury case. Call our law offices today if you have been injured anywhere in the state of Georgia. We can help.

By Stokes & Kopitsky, P.A. | Posted on February 4, 2014
« Don’t let the snow get you down
Woman Killed by her own Car in Pileup »
Our Areas of Practice