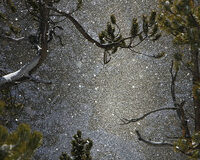 Not two weeks after a mid-day snowstorm caused a massive traffic snarl for Atlanta, a second winter storm is now upon is. This one is expected to be worse than the one that hit earlier, with snow and other precipitation expected to fall until Thursday. This time, the city is working well in advance to help keep roads clear, and have asked people to stay home and off the roads.

Jokes about how southerners cannot drive in snow and ice aside, ice is a serious problem in a city that is still very inexperienced in making roads safe for drivers during these conditions. The governor has declared a state of emergency for 88 counties in Georgia, and people are flocking to stores for ice melt and basic supplies.

If you must go out, follow these safety tips to avoid getting stuck or slipping off the roads:

The best safety tip we can give is to stay home. Driving in these conditions is very risky. Stay safe out there. This has been a message from Stokes & Kopitsky, personal injury lawyers.

By Stokes & Kopitsky, P.A. | Posted on February 11, 2014
« Woman Killed by her own Car in Pileup
Hit and Run in Henry County »
Our Areas of Practice