A work injury can happen when you are using company machinery or if you slip and fall while on company premises. Some work injuries can cause you to miss work or even be hospitalized. Unfortunately, matters like these will most likely be accompanied by escalating costs on your part for medical bills. Worse, the situation may not only personally affect you, but can also mean the loss of the primary income of your family. If you will try to enforce your work injury claim against your employer, you will most likely be scrutinized heavily and, in some occasions, may even be unfairly accused of exaggerating your claim or that your claim is tainted with fraud. At the end of the day, you must keep in mind that it is not in the financial interest of your insurance provider to compensate you, so they will do everything in their power to deny your claim.

Hiring an expert attorney if you have been injured on the job is essential and crucial if you want to ensure that your injury claim will not be denied by either your employer or their insurance providers. The first thing that you …

Anyone can be hurt in an accident. The random nature that characterizes such events makes them a danger to anyone; no matter what their jobs, or what their status in life. Everyone on the road is as vulnerable as anyone else. There are those out there to help others in the case of an accident — police, firefighters, paramedics — but sometimes even they are caught up in the thoughtlessness of another driver who disregards the traffic laws meant to keep us all safe.

A pair of EMS workers had to be taken to the hospital after an accident in downtown Atlanta. An ambulance collided with a pickup truck. The truck attempted to flee from the site of the accident, but it didn’t get very far before being caught.

Police are considering DUI charges against the truck driver, among other charges.

People who drive drunk or text while driving or drive dangerously in any manner are a danger to everyone on the road and should be treated accordingly. If you’ve been injured in an accident, you can hold the ones who hurt you accountable through legal compensation. Contact Stokes & Kopitsky today. We’ll …

When shopping at the local convenience store, nobody expects to come face to grill with a vehicle.  We expect that drivers on the road and in the parking lot are safe enough to not run into the building.  Unfortunately, there are times when the unexpected happens.

Shoppers were picking up their staples for the week at the Dollar Store in Martinez when a driver crashed his car through the window into the store.  He plowed through the cash register, injuring four.

The cashier, according to authorities, was pinned underneath the vehicle as the others attempted to free her from her confinement.   She, along with the three others, was taken to the Georgia Regional Medical Center.  The driver suffered only minor injuries in the collision.

It’s not clear how the accident was caused, whether it was through mechanical failure, driving while intoxicated, or through inattention to the road and the parking lot.  Those details will eventually be discovered, but at the time of reporting the Augusta Chronicle had no information.

The incident could have been much worse.  In this case, there is a lot of property damage, both to the store and the car which crashed into the store.  There are …

Everyone knows that there are hazards in most workplaces. It’s part of an employer’s job to make their employees aware of the risks. However, when you own your own business and you’re the one who is injured, it’s the insurance companies that you’ll have to battle.

The family of one young man may have to face such a fight. In Fairburn, there was a man who was working on cutting down some dangerous tree limbs. Unfortunately, as one branch fell away, the tension of another one was released. The limb sprung back and struck him, tangling him up in his safety lines. The combination of blunt-force trauma and the line killed the man. Police are calling it a horrible accident.

It is always a good idea for new business owners to get insurance on their business, especially in a dangerous field like tree-trimming. However, the insurance companies will try to pay as little as they can. If this man had a family, they will now have to figure out where they are going to get income. Catastrophic injury like this can result in a large payout, but not always.

If you or someone you love is getting … 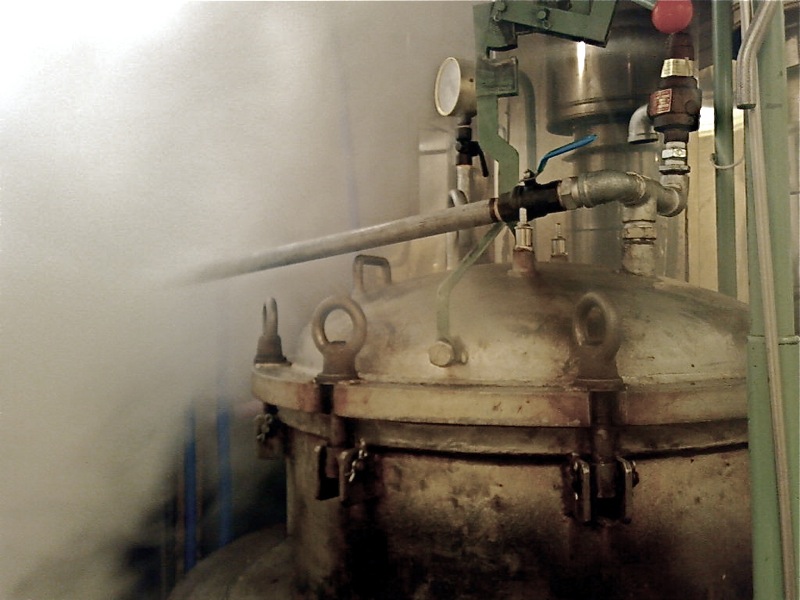 The force of the blast blew out the door of the autoclave causing devastating injuries to Davidson, who later died at Polk Medical Center. Maintenance records obtained by a local news channel dating from 2008 and 2010 indicate that there had been ongoing problems with the autoclave door.

Davidson, who was both a mother and grandmother, worked in a variety of jobs at Meggitt over a 37-year career. Her last job was as a quality assurance inspector, which involved testing rubber raw material in the autoclave to determine durability for use in the fabrication of aircraft fuel tanks.

Every job holds the potential for an on-the-job accident to happen. Even if you work in a low risk career, accidents can happen from falls, equipment failures and even the careless actions of others who come in to and go out of your place of business. If you or a loved one has suffered injury on the job or even been killed in a workplace accident, call us today. Our attorneys have successfully represented …

The nation’s Occupational Health and Safety Administration (OSHA) is currently investigating the working conditions at an automotive parts manufacturing plant in La Grange. According to reports, OSHA initiated the investigation after a Sewon American employee died in May. Additionally, at least one worker reportedly filed a formal complaint with the agency regarding excessive heat and inadequate air conditioning at the plant.

At this time, the exact cause for the worker’s death has not been released. The deceased employee apparently told co-workers and others that she was having difficulty breathing before she died. A former Sewon American employee, Kim Ray, stated she was forced to go to the hospital after becoming dehydrated while working. According to Ray, air conditioners in the plant are never used. Other employees reportedly said that access to water during working hours is too limited. Although OSHA’s rules mandate that employers provide workers with a safe working environment, no specific rules regarding temperature are currently in place.

A spokesperson for the company stated the worker’s untimely death was not related to her job. The company also claims that fans are placed at employee stations and water is readily available for employee use. Still, Sewon American has purportedly …

A Georgia manufacturing plant was recently assessed $62,000 in proposed fines for 13 alleged health and safety violations from the United States Department of Labor’s Occupational Safety and Health Administration (OSHA). The purported violations were uncovered during an inspection at Tenneco Automotive Operating Company in Hartwell. The company apparently received one $22,000 repeat violation, nine serious violations that totaled $37,800, and three other-than-serious health and safety violations totaling $2,200. According to the Director of OSHA’s Atlanta-East Area Office, Bill Fulcher, Tenneco management must endeavor to eliminate health and safety hazards for its workers in the future.

In addition, the company was cited for nine allegedly serious violations that included employee exposure to burn hazards, poor housekeeping, failure to provide workers with proper safety equipment, poor equipment maintenance, an obstructed emergency exit, insufficient machine guards, and failure to warn workers when they were …

In early April, an explosion at a Bartow County power plant reportedly left four people hurt. According to Georgia Power spokesperson Brian Green, the explosion occurred in a power house at Plant Bowen while workers were shutting down one of four coal burning units for maintenance. Following the explosion, three employees were allegedly treated on-site and a 60-year-old man was transported to Cartersville Medical Center for a leg injury. In addition, the power plant was purportedly shut down while the nation’s Occupational Safety and Health Administration (OSHA) investigated the incident.

The power plant was built in the 1970s and is reportedly one of the largest in the nation. It apparently employs approximately 400 people. OSHA spokesperson Lindsay Williams stated the agency has six months to investigate the explosion and determine whether Georgia Power violated any federal safety standards. Williams also said OSHA will not issue comments until the investigation is complete.

Thankfully, this explosion did not kill any power plant employees. Still, it qualifies as a serious workplace accident. Most workplace accidents in Georgia and nationwide that result in employee injury or death are investigated by OSHA. The agency was created in an effort to reduce and prevent worker injuries …

In January, a 21-year-old Woodstock man was tragically killed in a forklift accident at the Little River Marina on Bells Ferry Road near Allatoona Lake in Canton. According to a statement issued by the Cherokee County Fire and Emergency Services, the man was performing repair work on the machine when it unexpectedly crushed him. Sadly, the Little River Marina employee was pronounced dead at the scene of the workplace accident.

The forklift involved in the incident is purportedly used to remove individual boats from a local storage facility. It is allegedly unclear why the worker was using the machine when he was killed. The exact cause of the deadly accident is currently being investigated by the Cherokee Sheriff’s Office and the nation’s Occupational Safety and Health Administration (OSHA). Lieutenant Jay Baker said foul play was not a suspected cause of the fatal incident.

Most serious or deadly workplace accidents in Georgia and nationwide are investigated by OSHA. The agency was established to reduce and prevent worker injuries and death across the country. The Occupational Safety and Health Act of 1970 requires that industrial and other employers in the United States provide all employees with a workplace that is reasonably free …

In August, an unfortunate construction accident at a fabrication shop took the life of a 61-year-old McDuffie County man. Edward Leon Chambers was reportedly working below a 600 pound overhead bridge crane hoist when it fell and struck him in Thomson. Chambers, who had recently returned to work after being laid off, was later pronounced dead at University Hospital in McDuffie. Following the accident, all work at the shop was shut down for at least one day.

According to McDuffie County Assistant Coroner Sammy Purvis, the Two State Construction employee suffered multiple broken bones and died as a result of blunt force trauma to his chest and head. According to Purvis, it is unclear why the hoist fell on Chambers after hitting the device’s safety stop bar. The exact cause of the fatal construction accident is currently under investigation by the nation’s Occupational Health and Safety Administration (OSHA).

OSHA normally investigates any serious or fatal workplace accidents that take place throughout the nation. The agency was established by the Occupational Safety and Health Act of 1970 in an effort to reduce preventable injuries and death for industrial and other workers. The Act requires employers in the United States to provide …