A 47-year-old motorcyclist reportedly sustained serious injuries after he was involved in a daytime traffic wreck in Hall County. The Gainesville man was allegedly riding a Harley Davidson north on McEver Road near Gould Drive when he unexpectedly struck a curb and lost control of his bike. According to a representative for the Georgia… Read More » 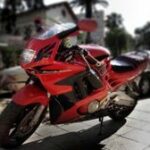 Last week, a motorcycle driver was critically injured on Georgia State Route 140 in Cherokee County. The accident reportedly occurred after 22-year-old Stephanie Marie Christ of Canton pulled onto the roadway directly in the path of a Chevrolet S-10 pick-up truck that was heading east. According to Georgia State Patrol spokesperson Gordy Wright, the… Read More » 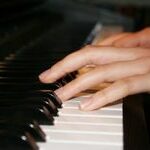 Scientists at the Georgia Institute of Technology have created a wireless glove that was designed to improve the motor skills of the victims of a spinal cord injury. The Mobile Music Touch teaches individuals with partial paralysis in their arm or hand to play the piano by vibrating the fingers of the person wearing… Read More » 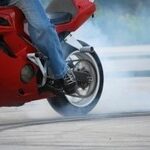 Over the Memorial Day Weekend, 30-year-old boxing champion Paul Williams was left paralyzed from the waist down following a motorcycle crash in Marietta. According to the Public Information Officer for the Marietta Police Department, David Baldwin, Williams crashed at a high rate of speed on the South Marietta Parkway near Atlanta Road. Williams reportedly… Read More »