Hit-and-Run Driver Being Sought by Police

It’s the responsibility of everyone who drives on public roads to help keep them safe. When that responsibility is shirked, people get hurt, sometimes even permanently. More tragically, death can result. The responsibility still remains for the driver who caused injury — this time to pay for the damages he or she caused.  There… Read More »

A passenger on a motorcycle is dead after an accident involving an alleged drunk driver Sunday Morning. According to the Atlanta Police Department, the victim is identified as Atlanta resident, Ellie Morris, 33. Officers indicate that Jessica Johnson was driving her Hyundai Sonata on the southbound side of Interstate 75 near the Interstate 85… Read More » 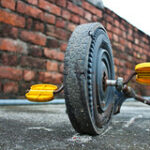 Those who hurt other people in accidents owe far more than whatever legal penalties they face. When they crash their car through someone’s wall, someone has to pay to repair that wall, and perhaps pay for alternate lodgings or lost business for the building so damaged. When these people cause injury, the victim should… Read More »

Atlanta and its suburbs have some of the most brutal traffic that anyone can ever deal with. Unfortunately, this also means that there are also plenty of accidents that can leave people injured, or even dead. An accident leaves people with mounting medical bills, left out of work, or unsure of where to turn… Read More »

Hit and Run Driver Cause Neighborhood Evacuation in Unusual Crash

Atlanta has some of the busiest roads in the country. For that reason, it is also a place where a lot of car accidents happen. In Lawrenceville, an unusual crash occurred recently. A 52 year old man was in a minor accident and fled the scene before jumping over the median and peeling the… Read More »

Driving under the influence can harm not just the person driving the car, but anyone who comes in their way while they are driving. A DUI crash can break up entire families, while leaving the survivors stuck in a mountain of debt that is almost impossible to get out from under. Where can you… Read More »

One of the major causes of injuries on the roads is people who drive under the influence of alcohol.  Every year, thousands of people get killed and injured because of alcohol. Anyone could be affected by this substance, even people who are responsible for arresting people who drink and drive. Four Atlanta public safety… Read More » 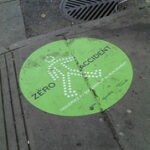 Officers Cracking Down on DUI This Holiday Season

It’s that time of year again. The holidays are in full swing, and so are the parties. This is prime time of year for people to imbibe a little too much and get onto the roads. However, getting a DUI is no party, especially if an injury is involved. Many people die every year… Read More » 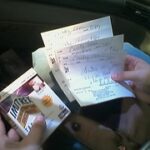 Prescription drugs can lead to DUI as well

A Dawsonville woman has been charged by Alpharetta Police officers with DUI and child endangerment after crashing her SUV Saturday night while her two children were with her in the vehicle. According to police, Kelin Winters, 32, admitted to having taken four prescription medications before getting behind the wheel of her car. Officers also… Read More »