Fiery Crash on I-75 Kills 2 and Injures More

Construction slowdowns forced the driver of a semi-tractor trailer to stop his rig on I-75. Unfortunately, 40 year old Vahid Husic of Lawrenceville was not able to stop his vehicle in time before crashing into a BMW. That BMW smashed forward into a 2011 Town and Country minivan. That vehicle hit several more from… Read More » 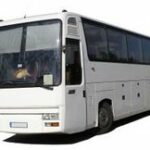 On August 8th, a double-decker motor coach operated by the Chicago-based discount bus line Megabus caught on fire while traveling on Interstate 85. The bus fire occurred on the northbound portion of the freeway in Hart County near the Georgia-South Carolina State line. The bus was reportedly carrying 80 passengers from Atlanta to Charlotte,… Read More » 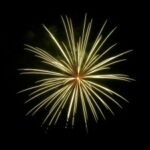 On Independence Day, at least three people were hurt by professional fireworks displays in two separate Georgia incidents. In Cherokee County, two pyrotechnicians were injured when an aerial firework exploded too close to the ground at the City of Woodstock’s annual fireworks show. According to Woodstock Police Department spokesperson Randy Milligan, the fireworks display… Read More »