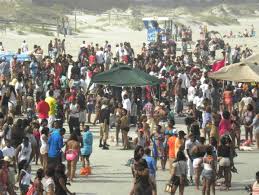 During the warmer months of summer people go to enjoy the outdoors. People make use of recreational waterways and parks that we have in plenty in the State of Georgia. Unfortunately, with this uptick in activities the number of accidents also tends to rise.

Such is the case where a Georgia man is dead after his boat capsized near Williamson Island, located in coastal Georgia. According to the Metropolitan Police department, a man from Savannah in his early 50’s was pronounced dead at the scene of where his boat overturned on the Wassaw Sound.

The man was identified by his wife, but officials are not yet releasing his identity. The accident is currently under investigation by law enforcement and by the Georgia Department of Natural Resources.

Anyone who goes through an accident knows that it can be a devastating experience, especially if there are serious injuries or the loss of a loved one. In such a situation, having someone who understands what accident victims and their surviving loved ones are going through is important.

At Stokes & Kopitsky, we do understand. We are here to help you and your family navigate through what might be the most difficult time of …

Immediately following the collision, law enforcement officials received seven 911 calls. Directions to the exact location of the accident, however, were reportedly difficult to obtain from the frantic callers. A crash witness, Phil Johnson, eventually provided the exact coordinates of the boat’s location to an emergency dispatcher.

Divers from both the Hall County Sheriff’s Office and the Federal Bureau of Investigation used cadaver dogs and sonar equipment to find the boy’s body in what is reportedly one of the darkest areas of the lake. Investigators from the Department of Natural Resources (DNR) are currently attempting to reconstruct the fatal collision. Although both boats were believed to be moving at the time of the crash, investigators believe Bennett’s boat was moving considerably faster. Additionally, the pontoon boat sustained heavy damage.

After the crash, Bennett was taken into custody and …

Charlene Johnson, 35, was a passenger on the “Oasis of the Sea,” a cruise ship owned by Royal Caribbean Cruises, Ltd. (Royal). Johnson wanted to take simulated surfing and body boarding lessons on the FlowRider, one of the cruise ship’s attractions. The FlowRider is a water ride that simulates boarding on a slightly sloped, “barrel-less” wave. Before using the FlowRider, Johnson signed an electronic “Onboard Activity Waiver” (waiver) releasing Royal and its employees from liability for any shipboard activity.

Mike, a Royal employee, taught Johnson how to body board on the Flow Rider. He told her to stand on the body board while he held it in place. When Mike released the board, Johnson fell and fractured her ankle. She sued Royal alleging injury due to negligence. Royal argued the waiver barred Johnson from recovering for her injuries. The district court found the waiver enforceable and granted summary judgment for Royal. The Court of Appeals for the Eleventh Circuit reversed.

Cruise ships generally transport passengers between ports in the United States and foreign countries. Federal law, codified in 46 U.S.C. § 30509, prohibits owners or agents of such vessels from including contract provisions limiting their own liability in cases of …